About the Castle Green

Where sophistication meets history in an eclectic mix of mystery and beauty. 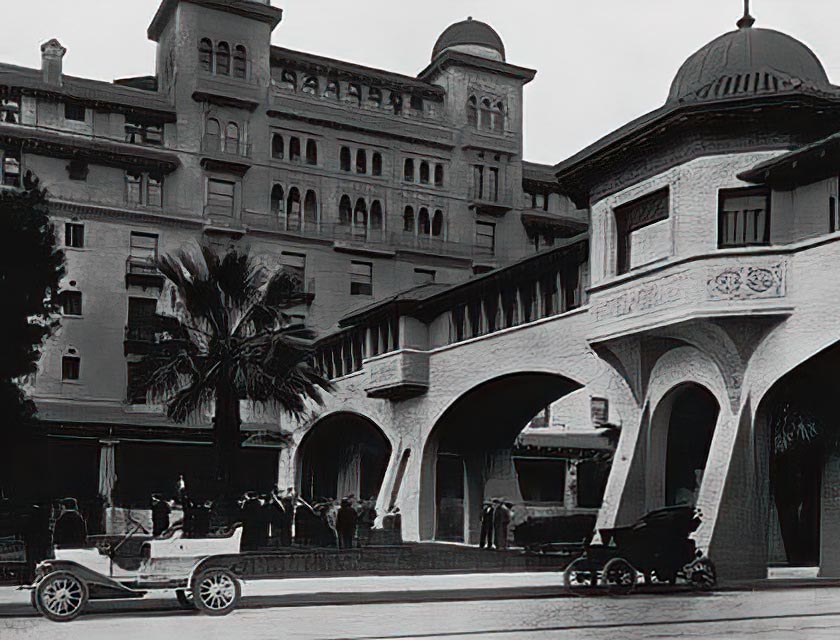 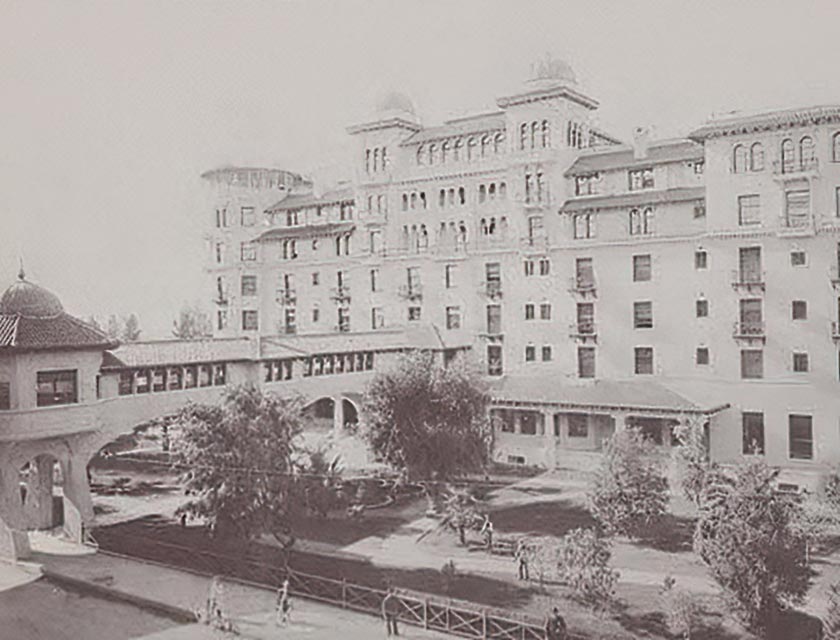 Architect Frederick I. Roehrig, for what was later to be called the Central Annex, drew on Moorish, Spanish, Victorian, and other stylistic elements to produce Pasadena’s most stunningly original building. He blended domes, arches, pillars, balconies, and verandahs in a building of structural steel with brick walls and concrete floors, making it Pasadena’s first fireproof building. He tied it to the first part of the hotel complex, built on the east side of the street, by an ornate enclosed bridge crossing Raymond Avenue. When the Annex opened for business, its two cylindrical towers on the south and much of the roof line were (and still are) illuminated with exterior lights. 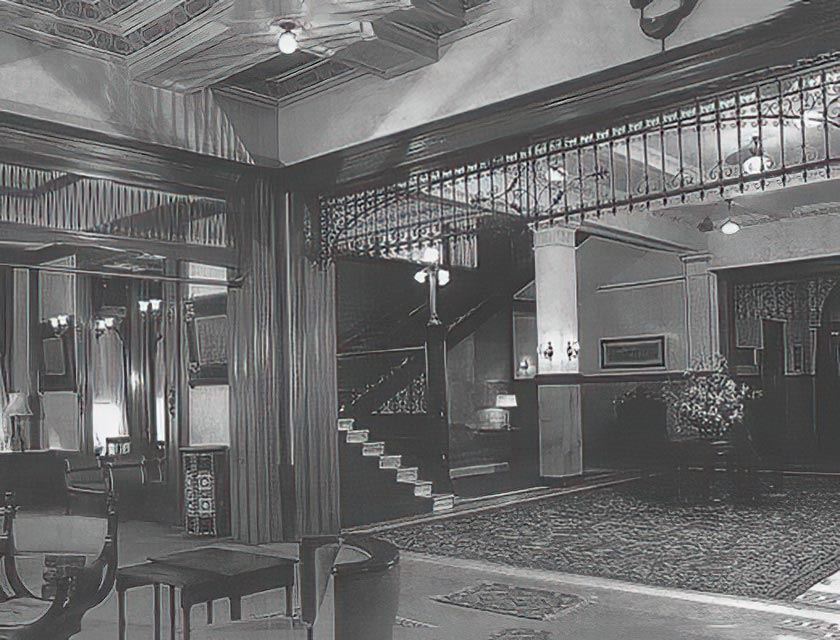 No expense was spared, with the decorative wood detailing being shipped from Port Orford Oregon, and the faux marbleized paneling throughout, painted by artisans on grey slate, so that it would be cold to the touch. The walls are steel, with 4 courses of brick and concrete, and the hotel was advertised as the “first absolutely fire-proof” building in Southern California. 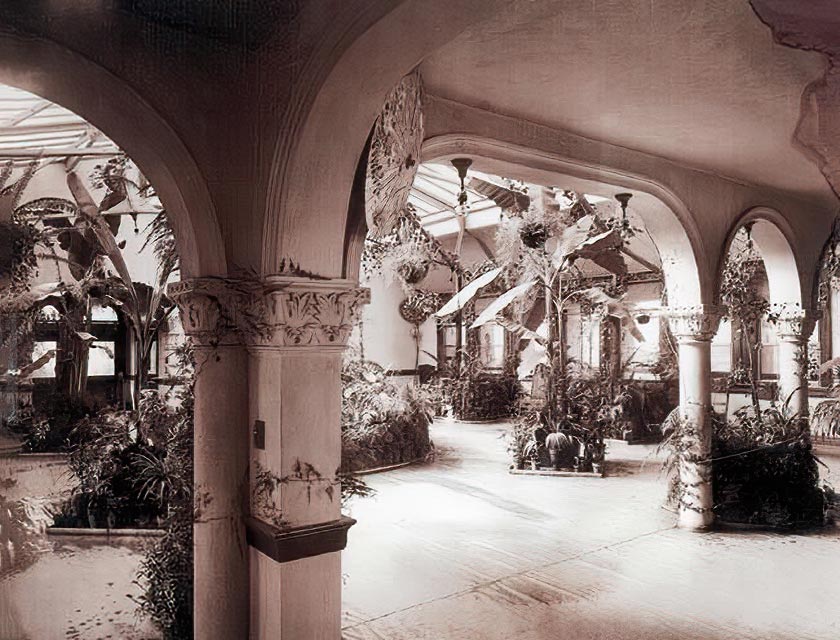 Penthouse Garden with a Glass Roof.

The penthouse was once a lush conservatory, with tropical plants and a glass ceiling, [boarded up during the 2ndWorld War as part of the black-out effort]. It has been fully restored, including the columns, to its original state, except for the glass ceiling, which is still there, though not visible. 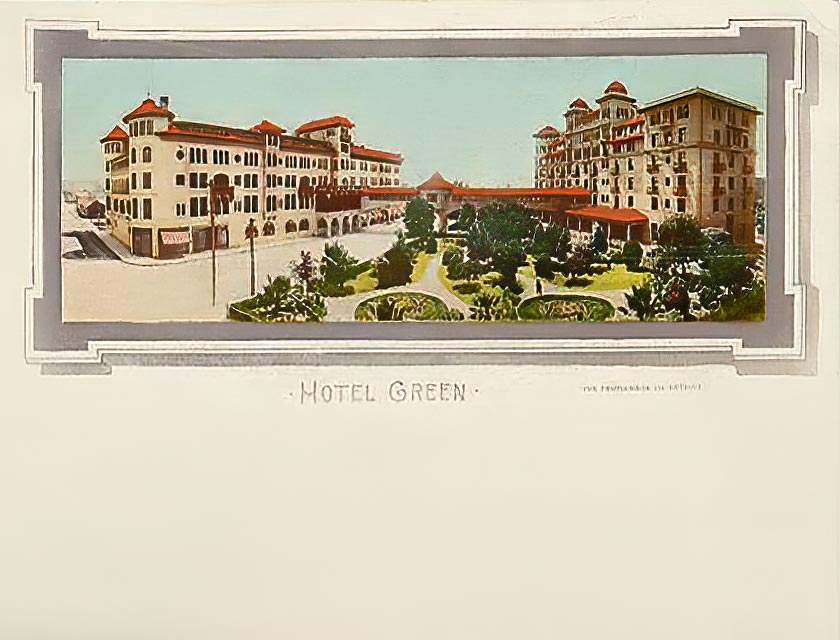 The Hotel Green became the social center of Pasadena, playing host to vacationing tycoons and even presidents. It was also home to both the Tournament of Roses and the Valley Hunt Club. At the end of the resort era, the west annex was purchased by a group of regular hotel guests who wished to continue to come to the Hotel Green. In 1924 the group of investors divided the hotel complex into three parts. The Central Annex was divided into fifty individually owned units and so it remains today, renamed the Castle Green. 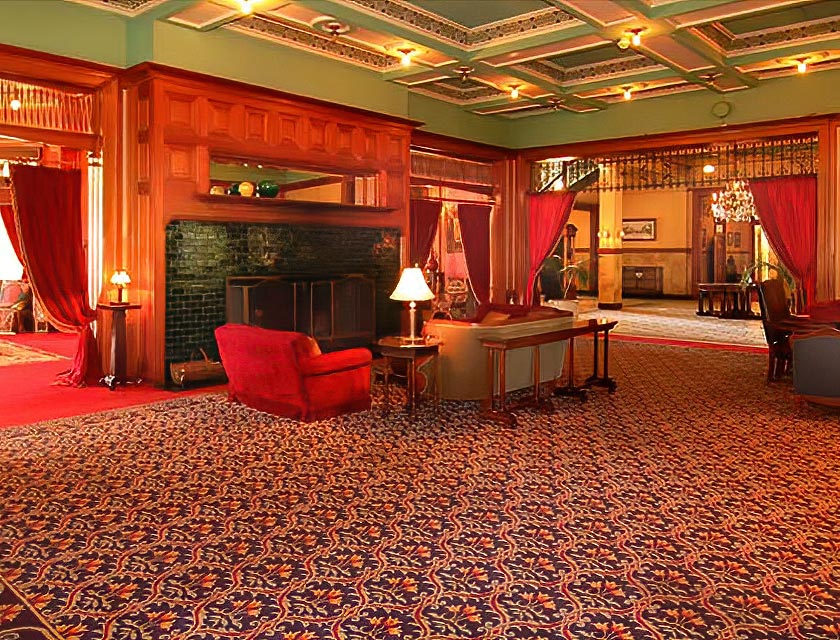 The exterior is in the Mediterranean Revival style while many of its interior rooms are incorporating the Moorish Revival style which has its basis in Islamic architecture developed in North Africa and South-Western Europe. The surroundings will immediately convey a sense of luxury and hospitality. 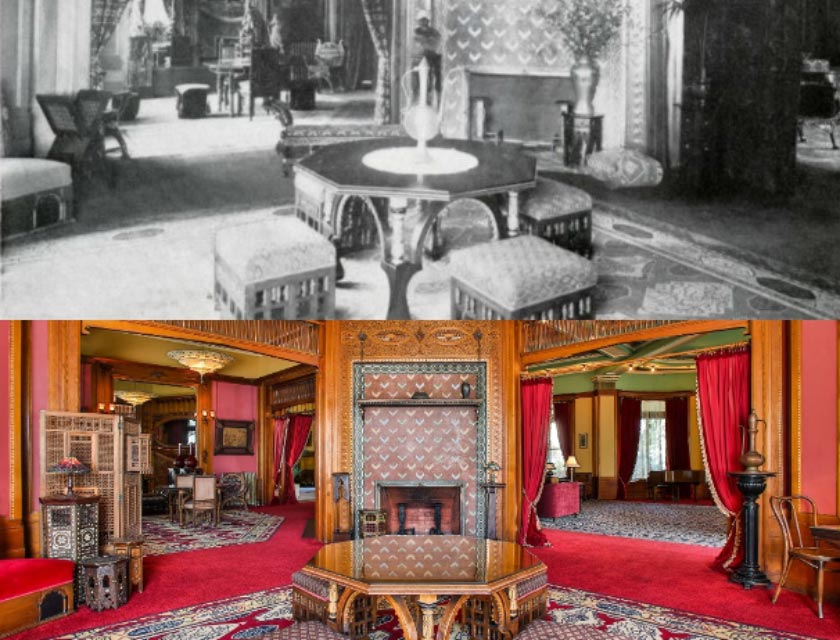 Today, the Castle Green, one of the oldest standing historic landmarks in Los Angeles County, has many of the original features from its original construction including the oldest wrought iron 24 hour man-operated elevator on the west coast, gorgeous plaster, moldings, hand carved fireplace mantles, grills and wood moldings, and original lighting.  In these photos, you can see most of the furniture in these rooms today, is original. 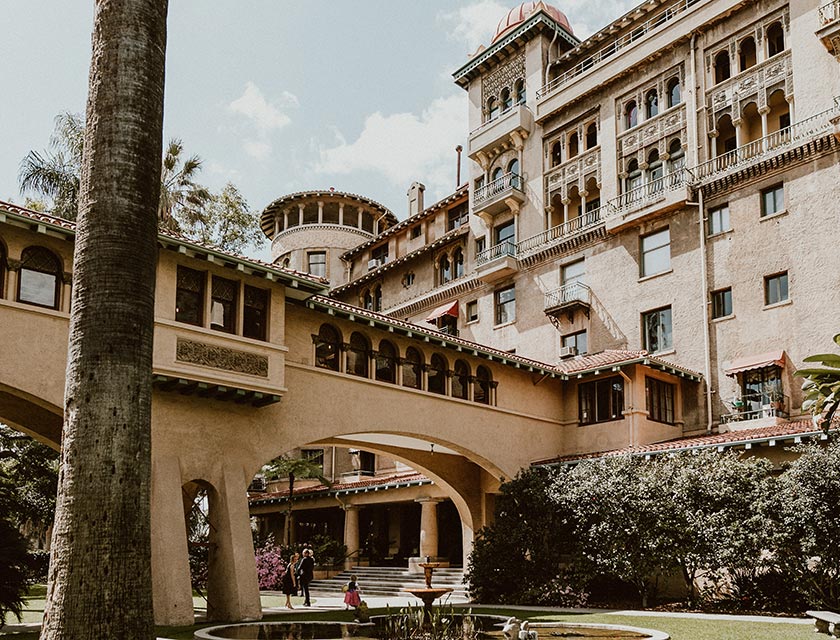 Through the restoration efforts of the owners, over time the Castle has evolved into a fully restored, luxurious condominium complex, listed as a Nationally Registered Historic Monument, a State Historical Monument, and a Designated Pasadena Treasure. We continue to faithfully maintain and restore our beloved Castle Green. 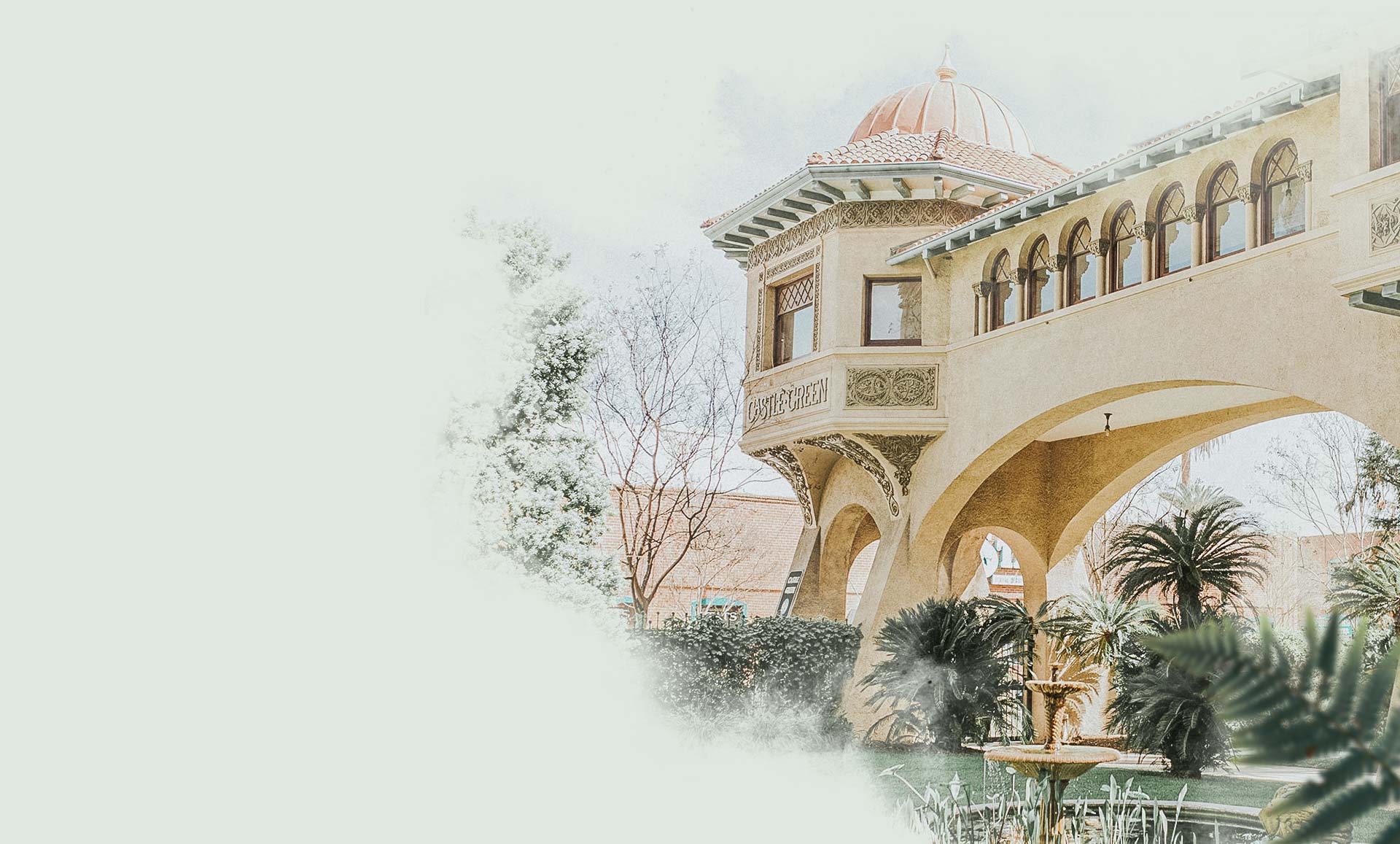