A venue rich in history and architecture. 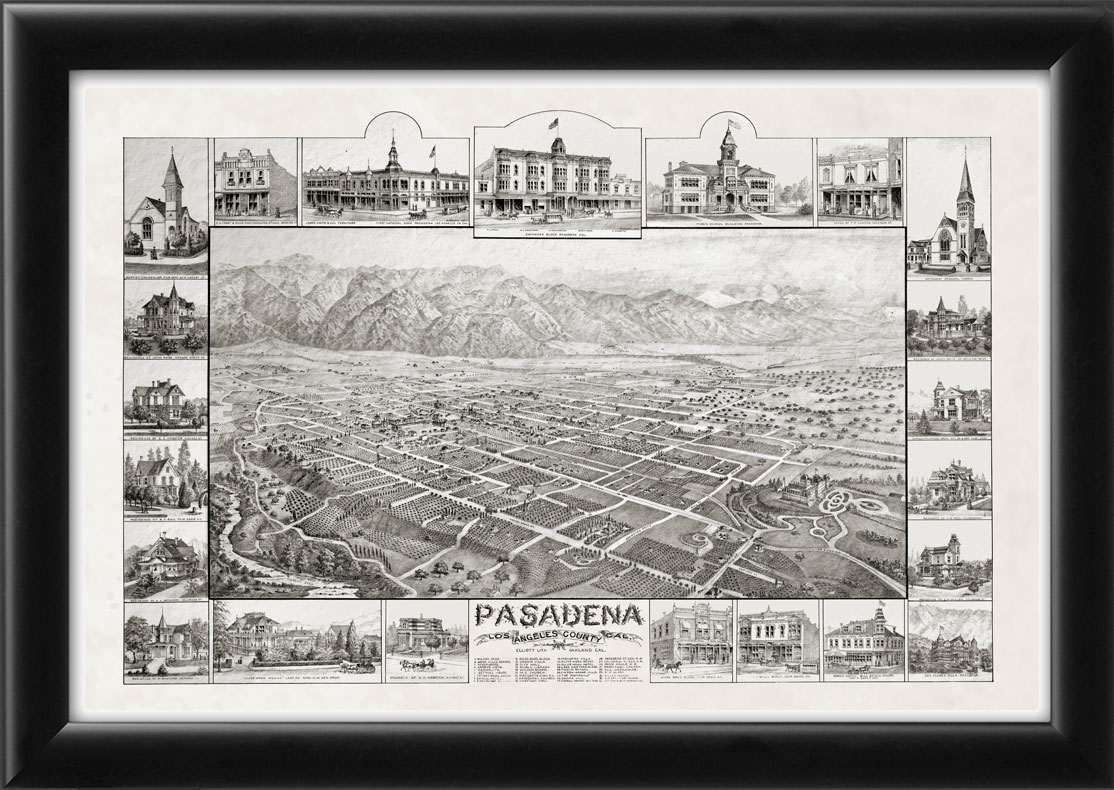 The city was founded in 1874 by Thomas B. Elliott as Indiana Colony; the name Pasadena, a Chippewa word meaning “crown of the valley,” was adopted in 1875. In 1873, Dr. Daniel M. Berry of Indiana who was looking for a place in the country that could offer better climate to his patients, most of whom suffered from tuberculosis . Berry was an asthmatic and claimed that he had his best three nights sleep at Rancho San Pascual.  The newcomers were able to purchase a large portion of the property along the Arroyo Seco and on January 31, 1874, they incorporated the Indiana Colony. As a gesture of good will, Wilson added 2,000 acres (8 km2) of then useless highland property, part of which would become Altadena. At the time, the Indiana Colony was a narrow strip of land between the Arroyo Seco and Fair Oaks Avenue. On the other side of the street was Wilson’s Lake Vineyard development. After more than a decade of parallel development on both sides, the two settlements merged into the City of Pasadena.
(source: Wikipedia) 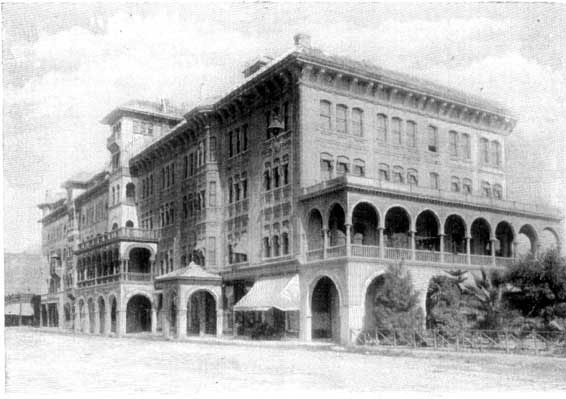 Building of the Hotel Green

Originally the Hotel Green was a small hotel built by Edward C. Webster in 1887 on the southeast corner of Raymond and Green (then Kansas) Street. Webster also donated the land and built a passenger terminal just south of his hotel for the Santa Fe Railroad, which provided transcontinental rail service from Chicago to Los Angeles through Pasadena with the mainline located immediately east of the hotel. It is said that Webster over extended himself financially and G.G. Green acquired the hotel when he foreclosed on a sizable loan made to Webster. 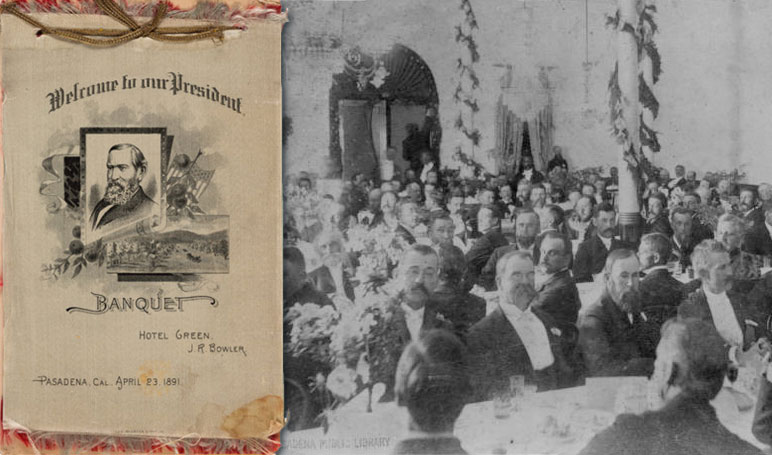 In April 1891, President Benjamin Harrison stayed at the hotel during a visit to Pasadena. The visit seems to have been a comedy of errors. The gala at the hotel was ruined when the waiters got drunk before the arrival and ate all the fish. Teetotalers were furious that wine was to be served with the vanished meal. The next morning was wet and drizzling, much to the disappointment of proud residents. 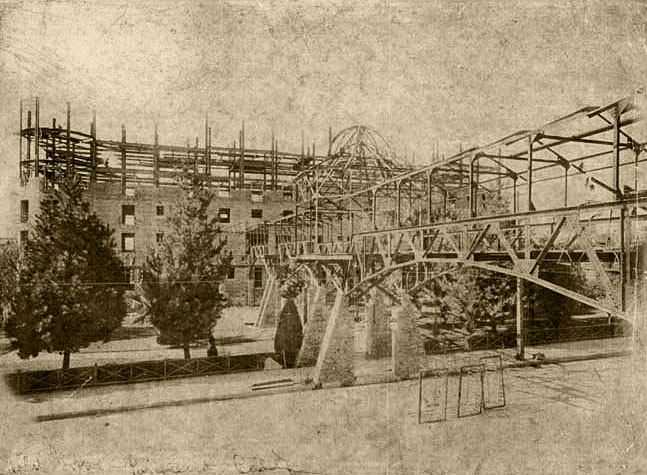 Under the ownership of Colonel Green, the hotel enjoyed phenomenal success. After expansion to the extent possible on the property at the east side of Raymond, a major annex was begun on the west side of Raymond. This building, now the Castle Green, was completed in November of 1898 and formally opened January 16, 1899. 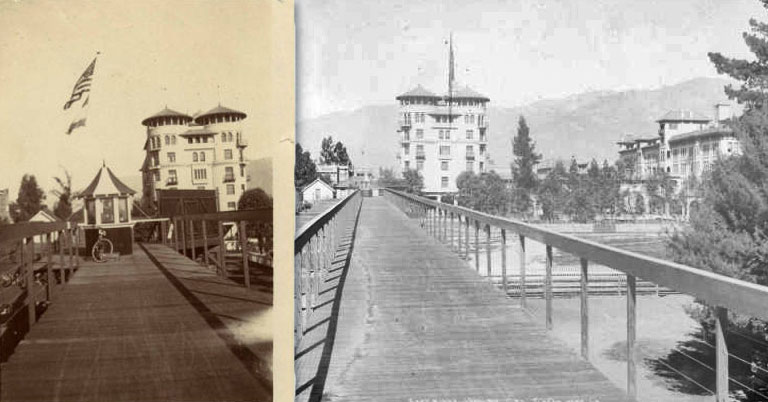 The first section was opened to the public on January 1, 1900. Beginning at Dayton Street, just south of the Green Hotel, the cycleway extended one and one quarter miles south to the base of Raymond Hill, near Glenarm Street. It was about 20 feet above an alley that was midway between Fair Oaks and Raymond. For a brief time, that stretch of the cycleway seemed to hold the promise of an exciting hour long ride to Los Angeles, and the possibility of a new era of transportation in Southern California. 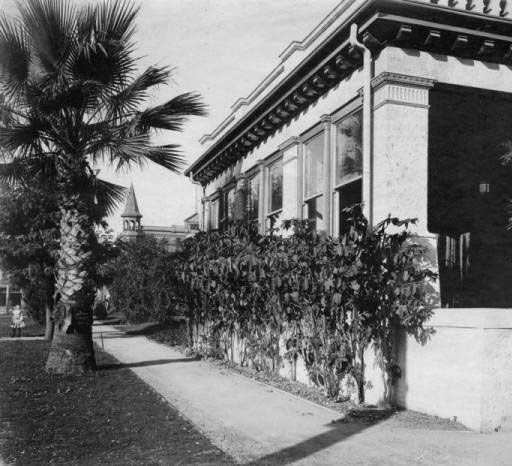 Photo of the Sunroom before the patio was built. 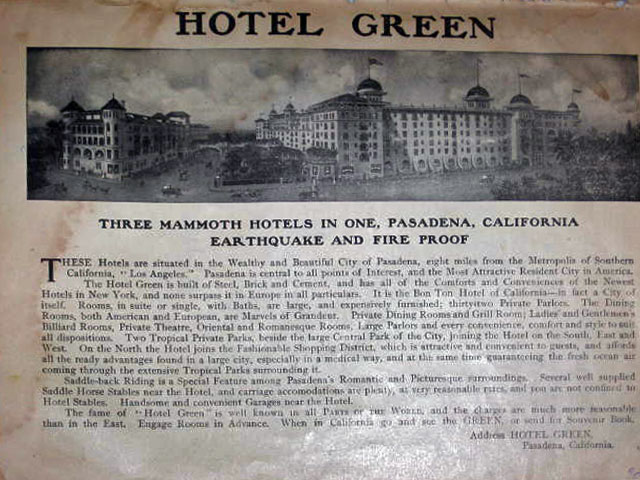 Three Mammoth Hotels in One – The only absolutely fire-proof hotel on the Pacific Coast!“ These Hotels are new, many changes having been made in the East building and the third building completed December 1903.  Recent additions include 186 beautiful rooms, with baths, as a cost of $500,000.  The Dining rooms – European throughout, leaving nothing undone that can secure to patrons every comfort and luxury that may be desired.  Nothing has been devised for hotel perfection that has been omitted here.  A description of the magnificence of these hotels is impossible.
When in California go and see the Green. “ 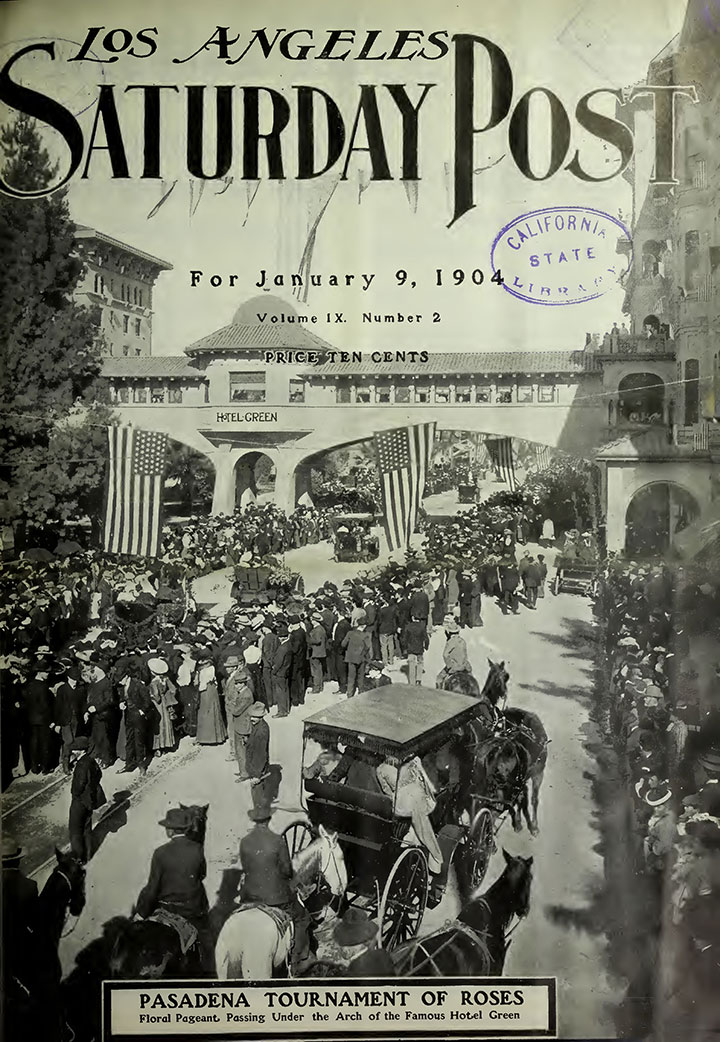 Pasadena Tournament of Roses – The Hotel Green was a favorite spot to watch the parade.  The Bridge was an especially sought after vantage point. 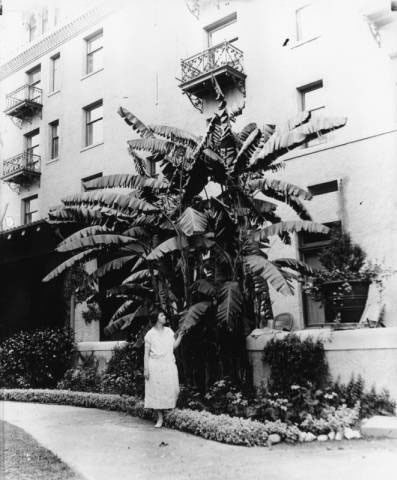 The Castle has had banana trees for over 100 years. 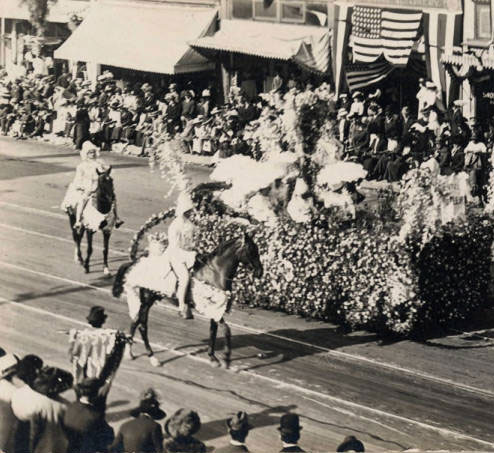 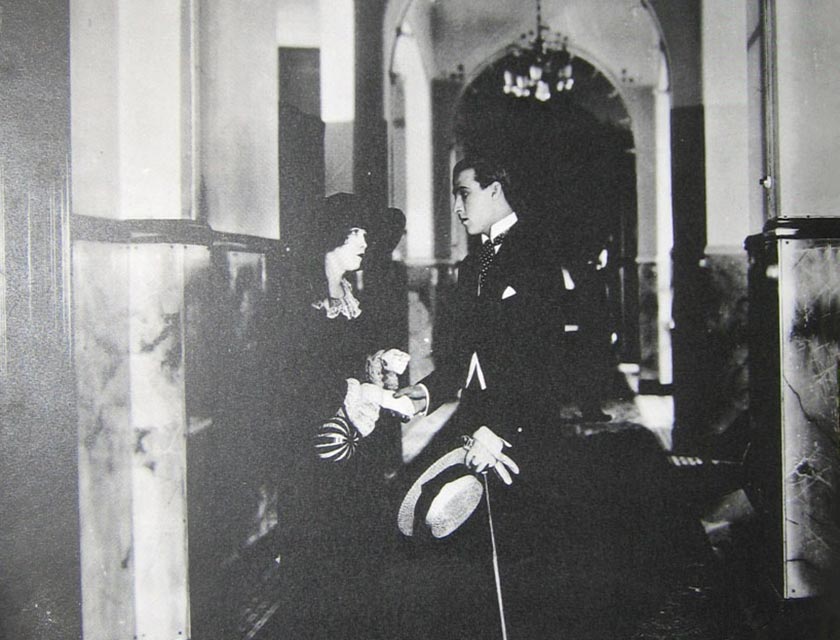 “Out of Luck” with Rudolph Valentino was filmed at Hotel Green. 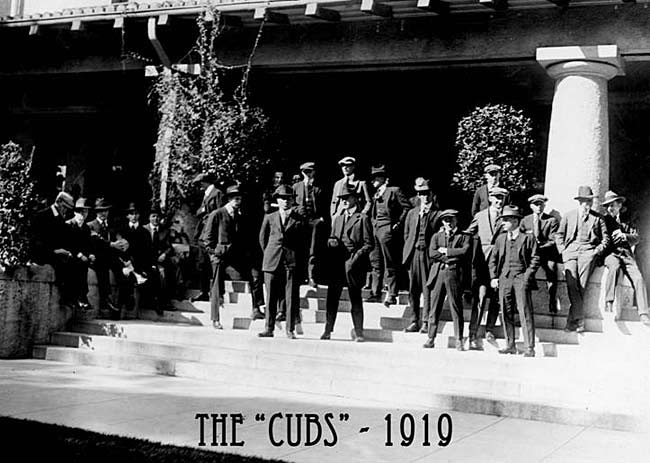 The Cubs visit the Hotel Green

President William Vieck of the Chicago Cubs will start for Pasadena Saturday night. He will arrange for spring training for the Cubs in Pasadena. Only teams that can furnish competition will be booked, Vierk said. – Los Angeles Herald, Volume XLV, Number 45, 24 December 1919 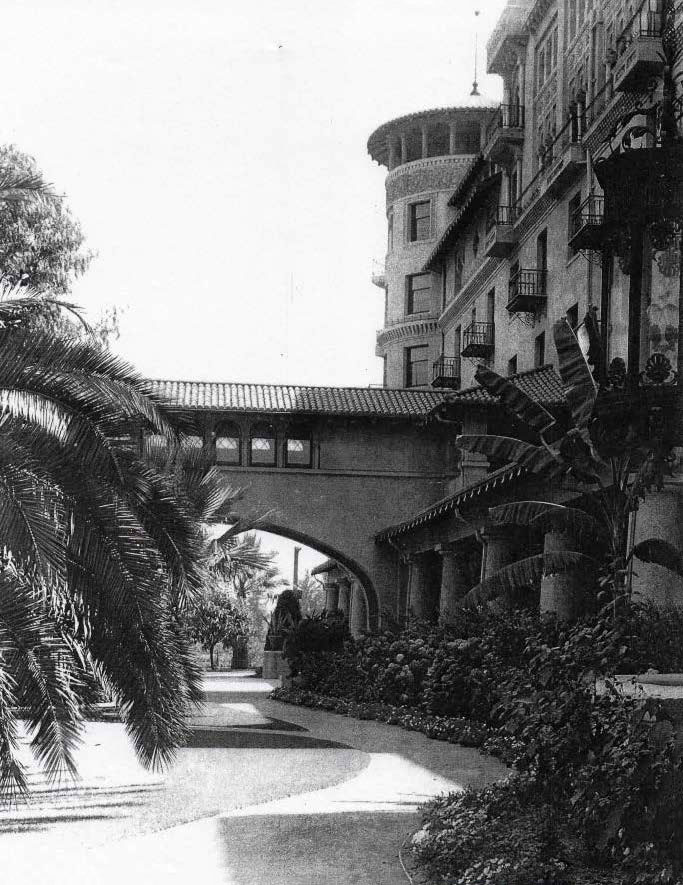 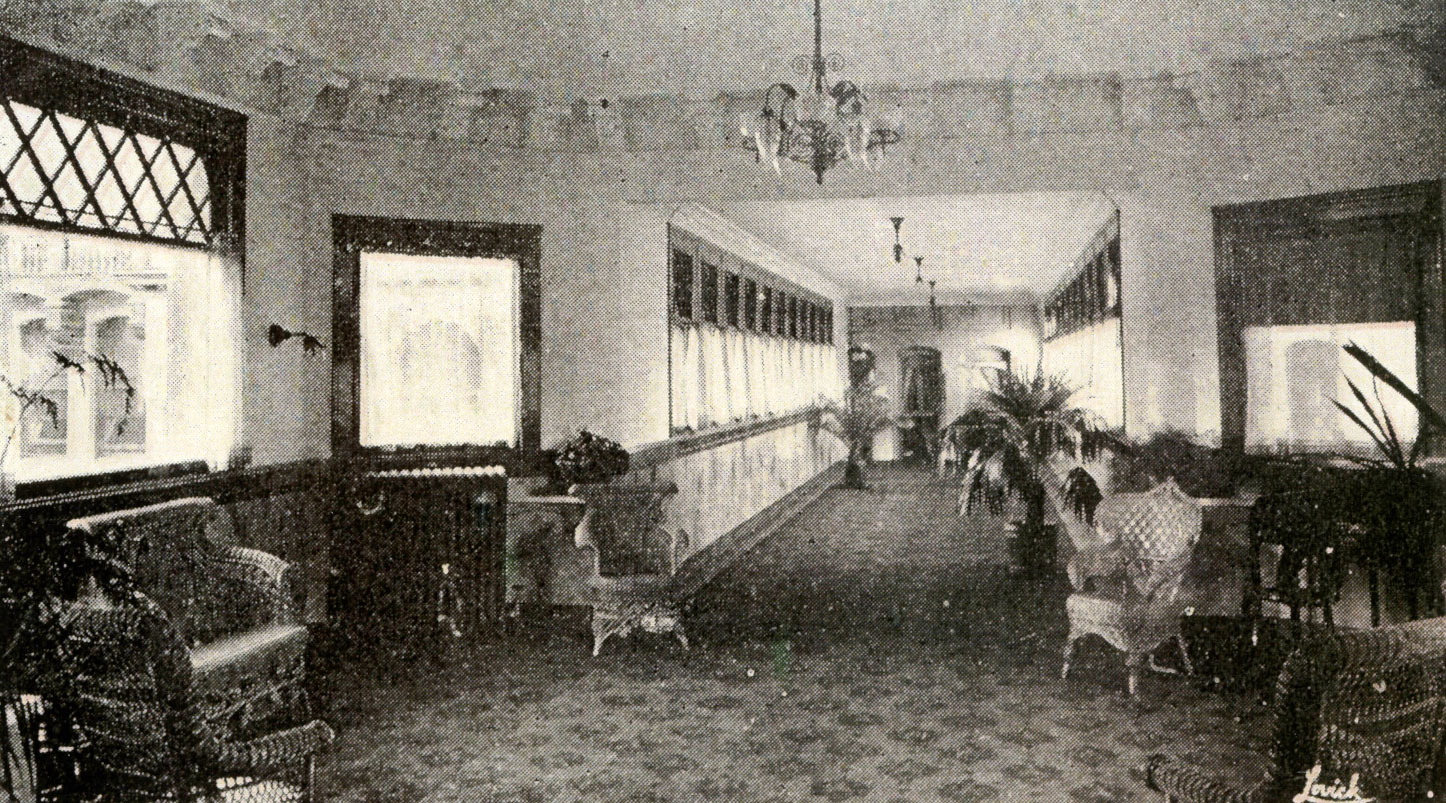 In 1929 the Bridge connecting to the main Hotel Green was torn down as it was no longer necessary and due to traffic flow.

Pacific Electric cable cars with Hotel Green in the background. During the 1920s Pacific Electric’s profits were good and the lines were extended to the Pasadena area, to the beaches at Santa Monica, Del Rey, Manhattan/Redondo/Hermosa Beach, Long Beach in Los Angeles County and to Newport Beach and Huntington Beach in Orange County. Extra service beyond the normal schedules was provided on weekends, particularly in the late afternoon when passengers wanted to return simultaneously. – Wikipedia 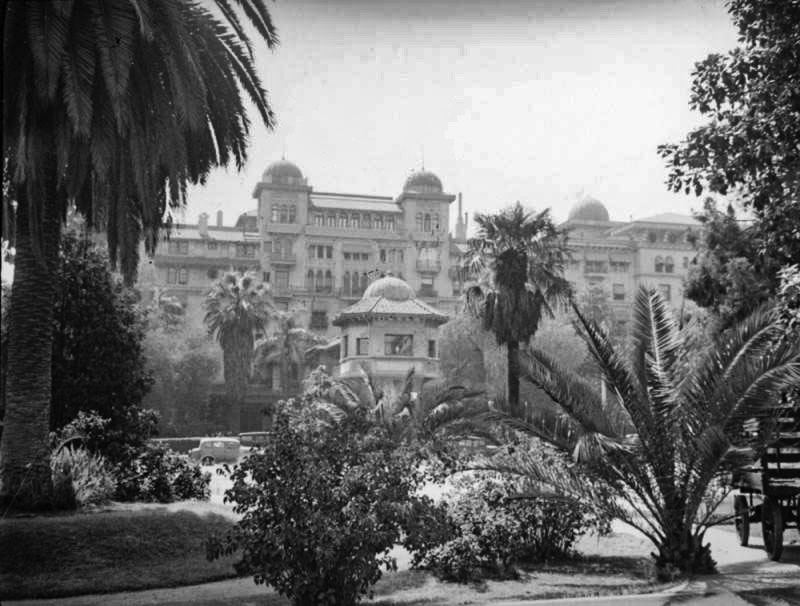 Photo of the Castle Green after the Hotel Green was torn down in 1935. 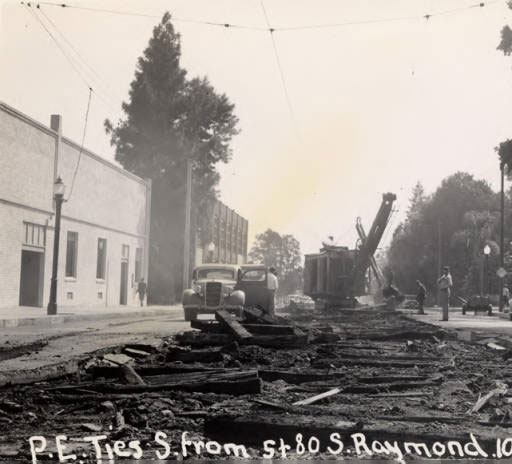 In 1940 Pacific Electric removed the rails on Raymond in front of the Castle Green.  Due to increased automobile traffic and the beginning of freeways, PE’s multiple car trains coming and going from Pasadena, Sierra Madre, and Monrovia/Glendora local services were all cut in 1941. 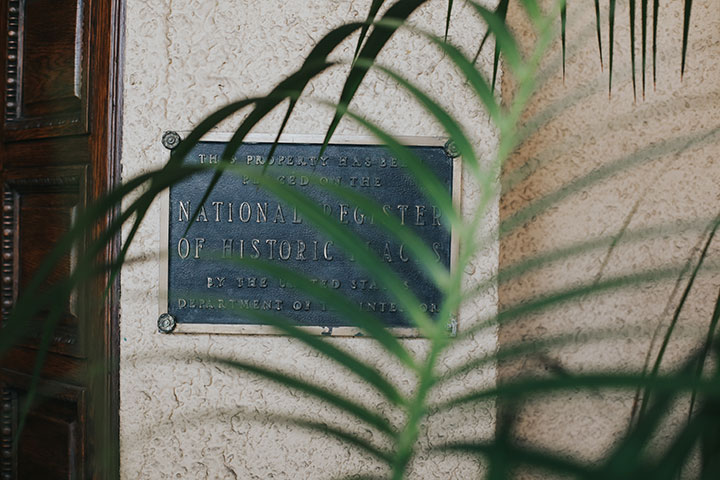 The Castle Green was added to the National Register of Historic Places. 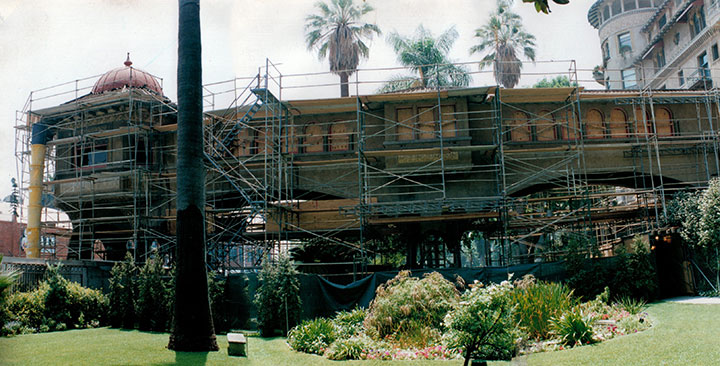 Castle Green received a grant to refurbish the Bridge.